[ Anja Vrey is the second of four students selected for an exchange programme with the Royal College of Music in Stockholm, Sweden from August 2019 to January 2020. Here are the highlights of her experience. ]

At the start of the semester we were invited to the MPS kick-off party for all the students and lecturers in the music teaching programme. We were introduced to everyone and had the chance to mingle with our fellow classmates and lecturers. The food was exquisite, and there were also live bands, even one consisting of lecturers! By the end of the night everybody was dancing, talking and having a lot of fun. 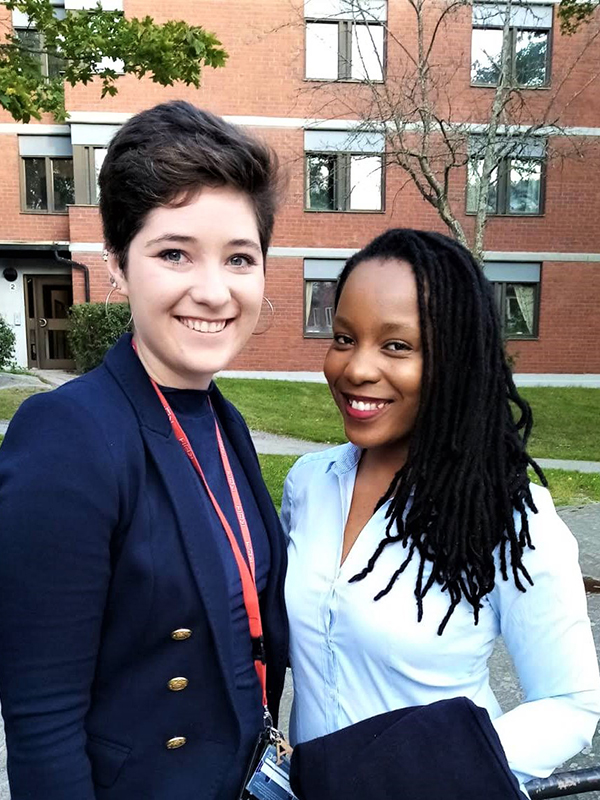 Retsepile (right) and I, waiting for the bus on our way to the kick-off party.

We also had the privilege of going to Uppsala with Susan Yondt. She gave us a tour of the city, and took us to Uppsala University, the oldest university in Sweden and the Nordic countries (founded in 1477), where we got the grand tour, inside information and fun facts about the institution. We also saw where students literally nailed their theses to a wall after they had finished their degrees. Furthermore, we observed some classes at the culture school where Susan teaches. 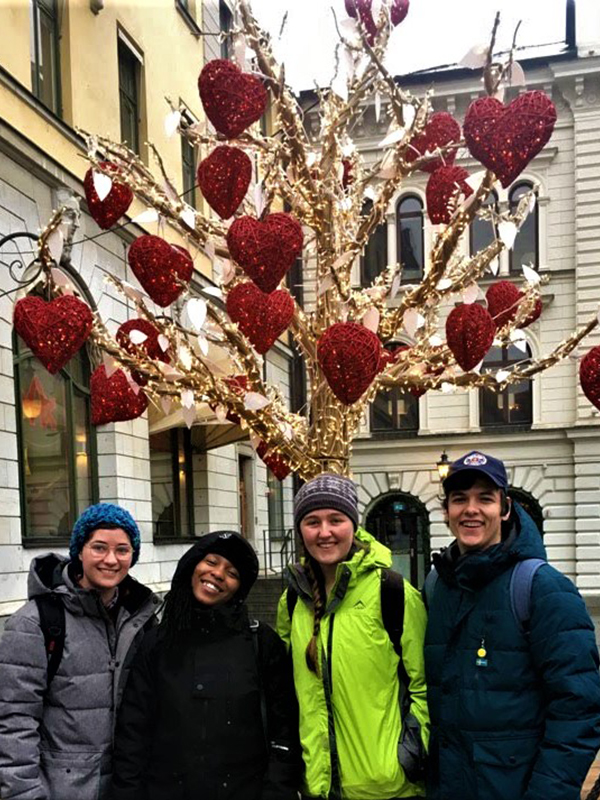 Myself, Retsepile, Tarina and Harry in Uppsala.

We went to a concert of the Radio House Orchestra. For a conducting student, we had the best seats imaginable, on the gallery behind the orchestra, so we could see the conductor very clearly. The orchestra was amazing, and the violin soloist received a standing ovation as well as an encore, which apparently is quite unusual as the Swedes are normally much more reserved.

The view of the stage as we walked into the concert hall.

We also attended a performance of The Nutcracker ballet at the Royal Opera House. Being music students we received free tickets, but unfortunately, it weren’t the best seats. Although we struggled to see everything on stage, what we did see was absolutely amazing and the live orchestra was phenomenal. 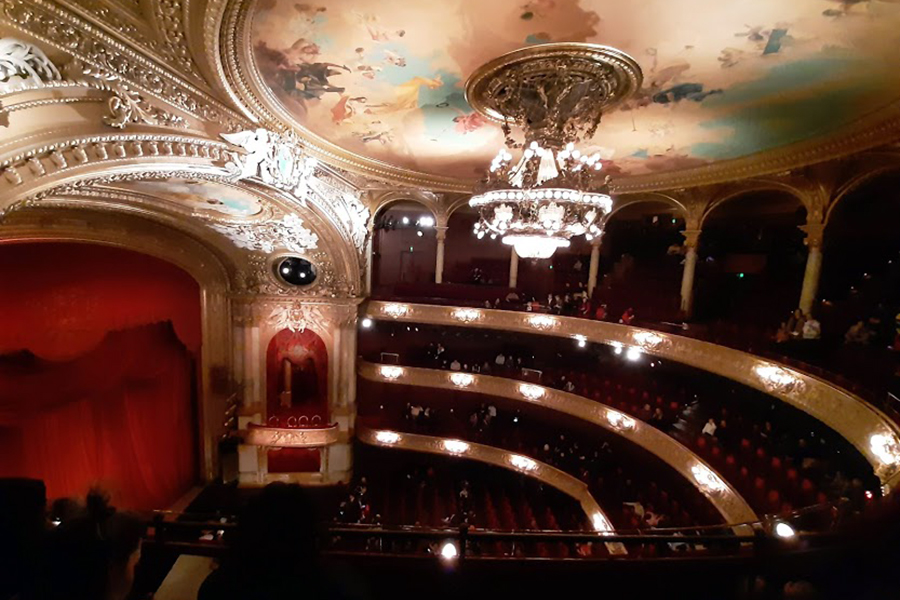 The view from our seats in the Royal Opera House.