[ Vuyani Bonakele Mrwarwaza was one of three students selected for an exchange programme with the Royal College of Music in Stockholm from August 2017 to January 2018. This is Part 2 of his story (lightly edited for clarity and flow). ]

This was the biggest concert I’d ever attended since arriving in Sweden and it was the most memorable moment of my life as it was my first time watching a live symphony orchestra in concert. Many thanks to Eva Wedin for inviting me and also to Susan Yondt for organising the tickets for the entire class of all new students. The Berwaldhallen is such a beautiful hall with great acoustics. During the concert we watched three distinctive orchestral works by three prolific composers: Anatolij Ljadov (Den förtrollade sjön), Sofia Gubaidulina (Viola Concerto), and Richard Strauss (Also sprach Zarathustra). My favourite of the evening was Richard Strauss, performed after the intermission. I loved the powerful and loud opening theme of the Zarathustra. I was seated right behind the orchestra where I could hear and see each and every instrument and the nice part is that I could also see all the gestures of the conductor. It was the greatest feeling and experience ever.

Their concert series is quite massive and all the concerts are broadcast live on Swedish Radio. They have quite a huge string section. The sound was whole and unique and I loved their pizzicatos and tremolos. It sounded so rich that they really gave me goose-bumps. I will never forget the sublime woodwind section, sounding like birds of nature and adding beautiful tone colours. I thought the brass section did a good job in emphasizing loud passages in the music and the percussionists were also important to add more power in those forte passages. The nicest thing about being a music student at the Royal College of Music is that one gets to see concerts by the Radio Symphony for free by just showing your college card. I used this benefit a lot as I also went to the Berwaldhallen to see other concerts like Beethoven’s Symphony No. 3. 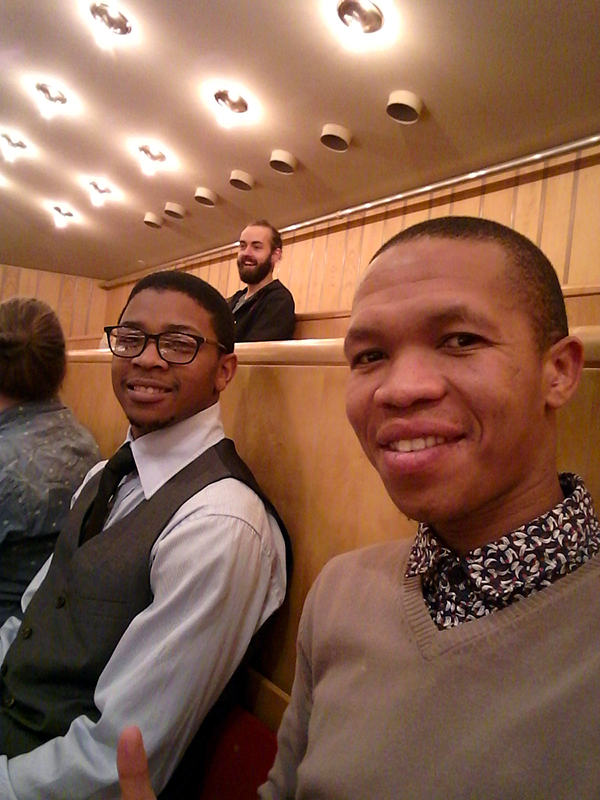 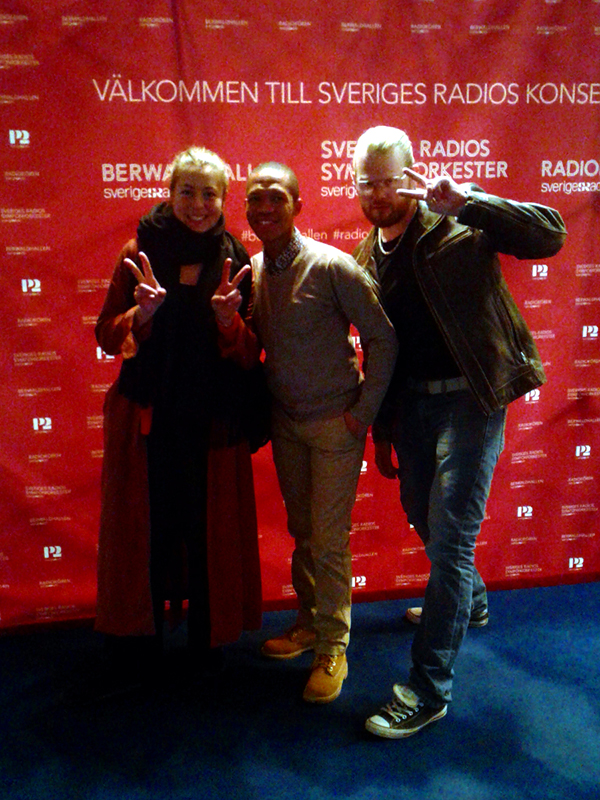 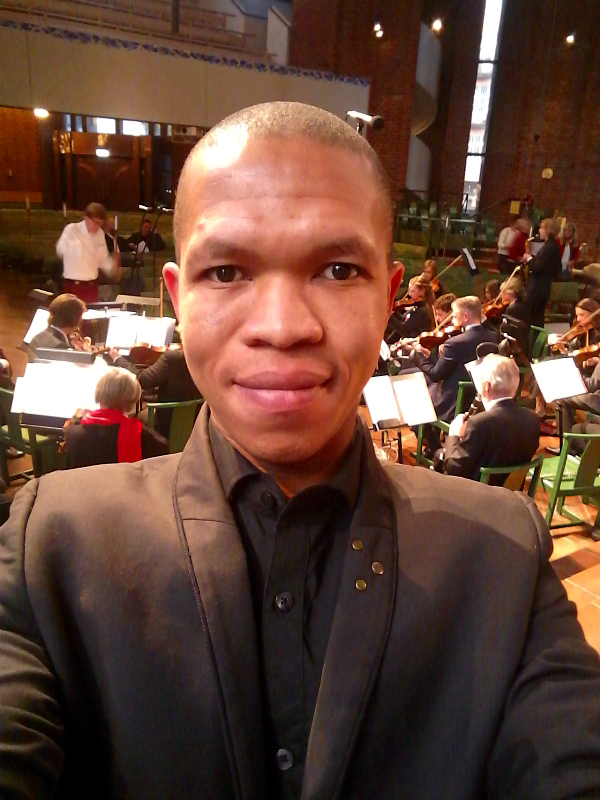 This was a tour designated for exchange students and staff from the School of Dance and Circus and the Royal Institute of Art together with us from KMH. The tour started at Nybroviken and sailed through the water between Djurgården Island and the inland part of Östermalm. I learnt a lot about the many islands of Stockholm and the buildings and places of interest that we came across. The boat then returned from Mölna in Lidingö and we also met some other students from different countries: Netherlands, Germany and Brazil, to name a few. It was a fruitful tour, both on a social level and to familiarise ourselves with the environment around Stockholm.

We received this invitation through our international coordinator at KMH. How wonderful it was for me to be received by the city council and mayor of Stockholm. I was really excited and fascinated by the number of international students in the city and it was mentioned that the numbers keep on increasing every semester. One of the keynote speakers who came to Sweden as an exchange student from France in 2015 stressed the importance of learning the Swedish language. He said it was difficult, but he managed get by and today he’s speaking fluent Swedish and is now working here in Sweden. This really inspired me to work more on understanding and mastering the language.

The reception ended in the golden hall where we networked with other international students from other higher learning institutions and we received some fika. The final proceedings took place a few kilometres away from the city hall in Gamla Stan (photo below) at the Nobel Museum. It was really awesome for me to set foot in an internationally recognised museum. I didn’t know that Alfred Nobel was born in Sweden, let alone the location of the Nobel Museum. I also got an opportunity to read about previous winners and nominees which were to be awarded on the 10th of December 2017. The pictures I took with the Nobel peace portrait really inspired me as I imagined myself as one of the Nobel laureates in some years to come, at least that’s how I want to make a return to the Nobel Museum in the future.

This was one of our major courses in our studies which was led by Eva Wedin and Ing-Marie Lindberg-Thörnberg. The course was designed for exchange students and professional musicians or music teachers who are currently working at schools and want to employ Dalcroze Eurhythmics in their teaching. I must say it was really motivational to be in their presence. I learnt a lot from them for they are exposed to the professional world and we would get different views as to how one conducts oneself in the profession, especially because this is the career path I want to follow. Apart from being a performer, I want to follow the music teaching stream as well. I would also give credit to our teachers for they treated us as a class of professional teachers and they gave each and every one of us an opportunity to participate in class, both individually and in a group. It is through this weekend course that I got an in-depth understanding of Eurhythmics because we had longer class times working with them and the presence of professionals was even more inspirational.

The course included a special visit by a qualified Eurhythmics teacher, Heléne Don Lind (photo right), who taught us a lot of movement within the Eurhythmics scope. I was also delighted to be working with her again later as I also had an opportunity to teach three classes in her school. She’s such a wonderful teacher who really loves her job. It was really nice to meet and work with all the professional music teachers. In all the classes, they were so much interested in learning from us — learning about South Africa and what we’re all about. They enjoyed listening to our background and stories, the languages we spoke and how the curriculum looks at our home institution.

The course introduced me to many things written in Eva’s book, Playing music with the whole body, such as how the music is connected to your body and mind; how important it is in Eurhythmics to teach without talking too much, but by just demonstrating and your learners will follow; and also to let your learners lead and be creative. One thing I’m going to take with me from the book is that there is an interrelationship between leading and following, which is the fundamental principle of Dalcroze Eurhythmics. The one who can follow, has got what it takes to be a leader, and so the one who can lead, can also follow. That’s how I want to inspire my learners — they need to come out of their comfort zones in order to explore new areas. This was truly an amazing experience; it made me fall in love with music education even more.