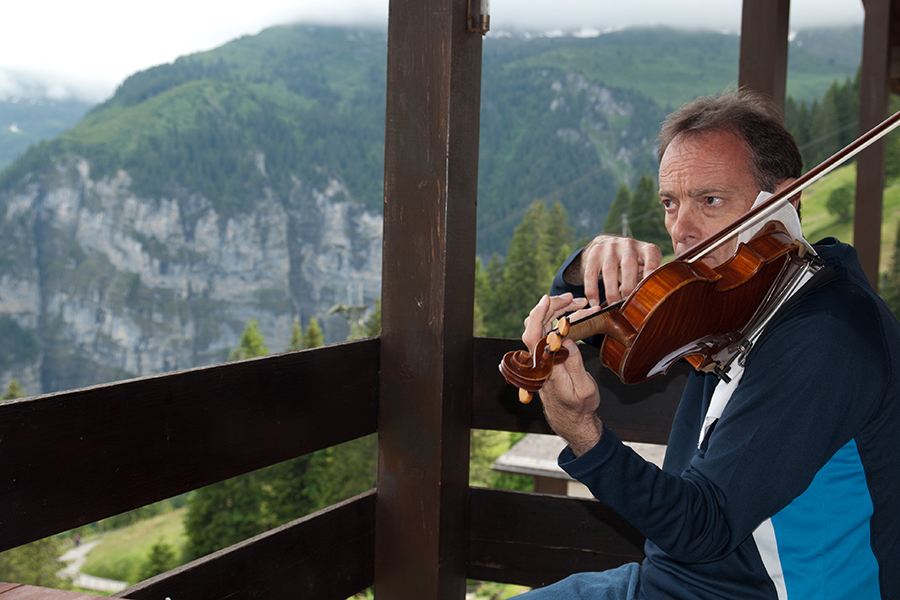 Prof Piet Koornhof has made numerous trips all across the globe for concerts and recordings, including to Europe, North America, Russia and Singapore. Since travelling takes a lot of time, and airports and train stations never have practice rooms, Prof Piet has had to rehearse his repertoire in some very interesting places. In the photos below, you can see him practising on a train in Switzerland and also at the Singapore airport and hotel; and take note of the huge mute he uses to render his violin completely silent. (That makes for some valuable practice time, without having to bother anyone.) 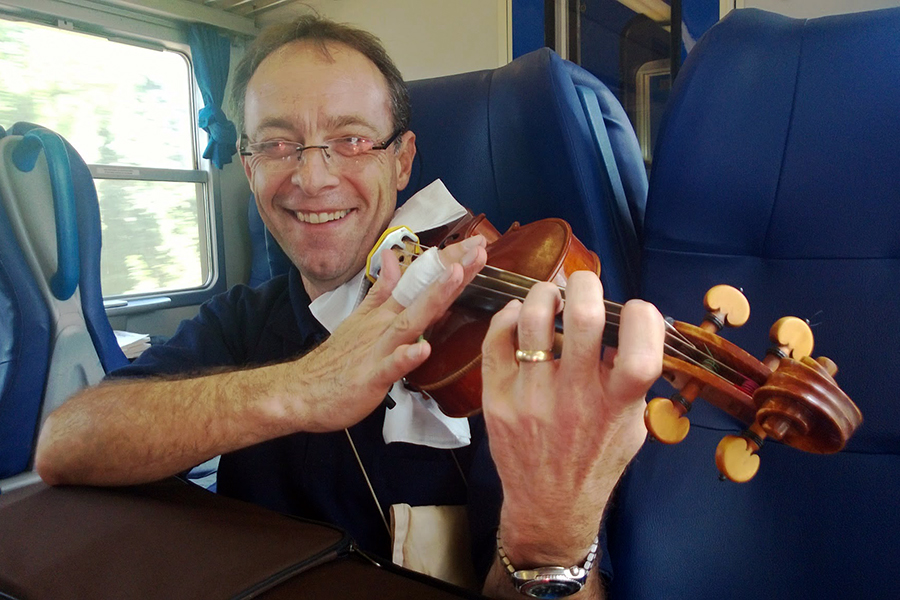 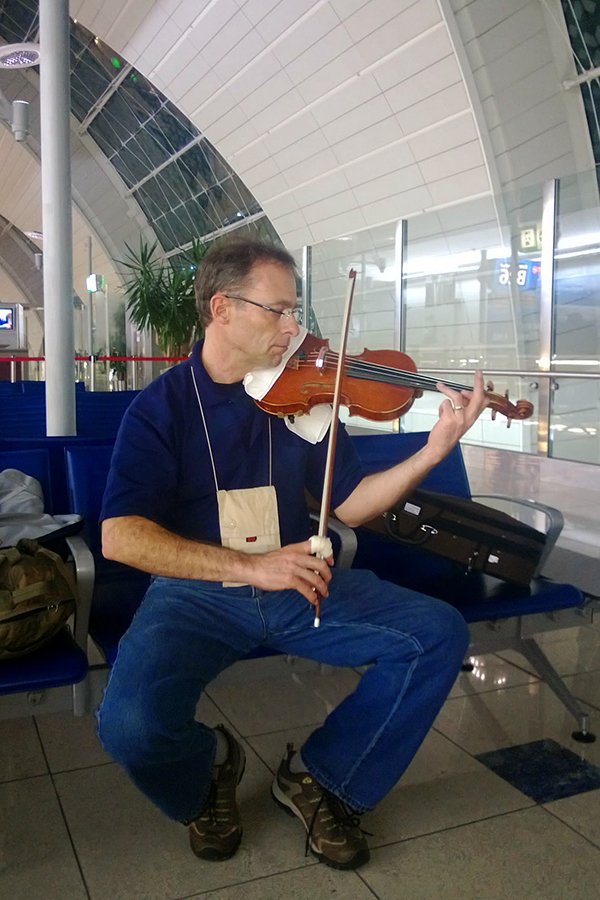 Not only has Prof Piet practised on a train and in an airport, but he also rehearsed his repertoire whilst in-flight on an airplane! On one of his trips from South Africa to Singapore, he practised three hours straight on a Boeing 747. He cleverly used the ‘spacious’ area near the emergency exit (right at the back of the plane) which allowed him to walk about and manoeuvre as he reviewed his pieces. People of course sent many curious looks in his direction — “as if I had lost it!” — but after half an hour, they completely forgot all about him. However, he certainly made an impression on some of his fellow passengers: “One chap, who passed me on his way to the restroom, stopped and asked me if I take ‘cash’ or ‘card’!”

What really stood out during our conversation was when he spoke of rehearsing in the bathroom on the fifth floor of the Julliard Music School in New York:

“I can still remember practising the Barber violin concerto there. At the time, I lived outside the city in the suburb of Scarsdale, so it took at least an hour or more to get to Julliard via the train and bus. By the time I got there at 07:30 (am), there wasn’t one single practice room available. Each room was occupied by a furiously-practising music student. (I even witnessed students being thrown out by security at 11pm at night, because they refused to stop practising!) So, having no other option, I practised in the bathroom.”

Prof Piet also mentioned that he is considering creating his own YouTube channel, “for musicians who wish to share all the really strange and out-of-the-ordinary places they have ever practised their instruments”.

Here are some more photographs of Prof Piet practising in very unusual places: 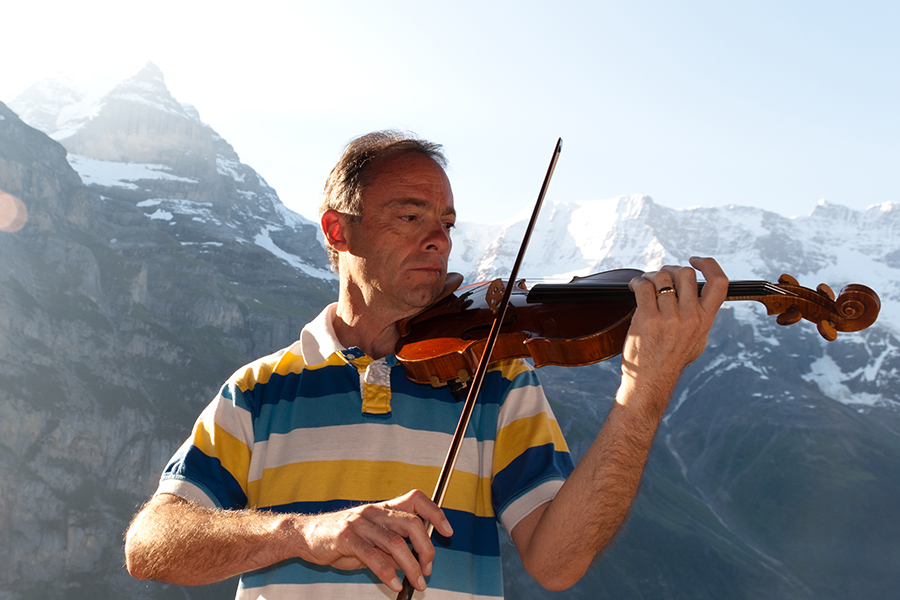 Violin? Check. Majestic mountain range as a backdrop? Check. One of the most memorable practice sessions ever? Double-check! (This was in the Swiss Alps.)

During a visit to a national park: 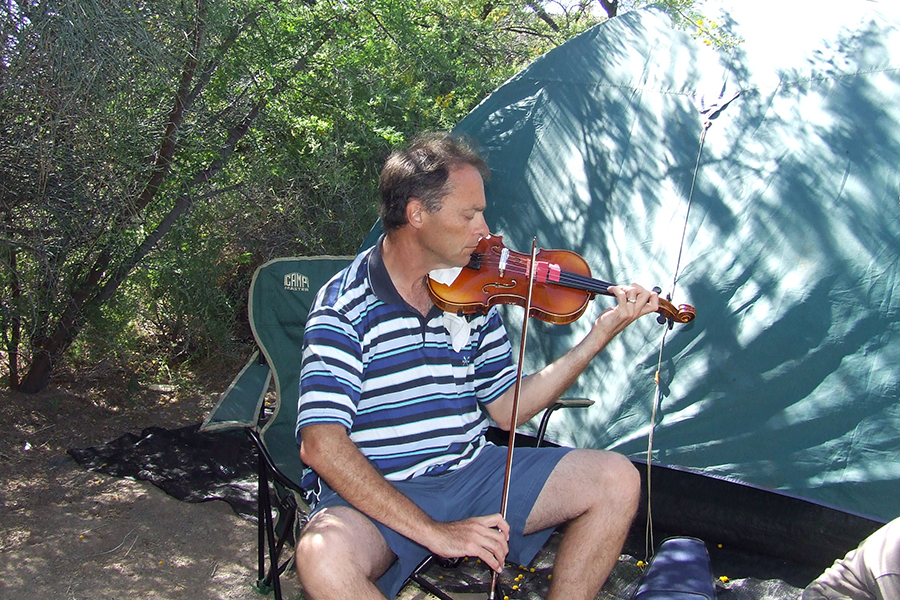 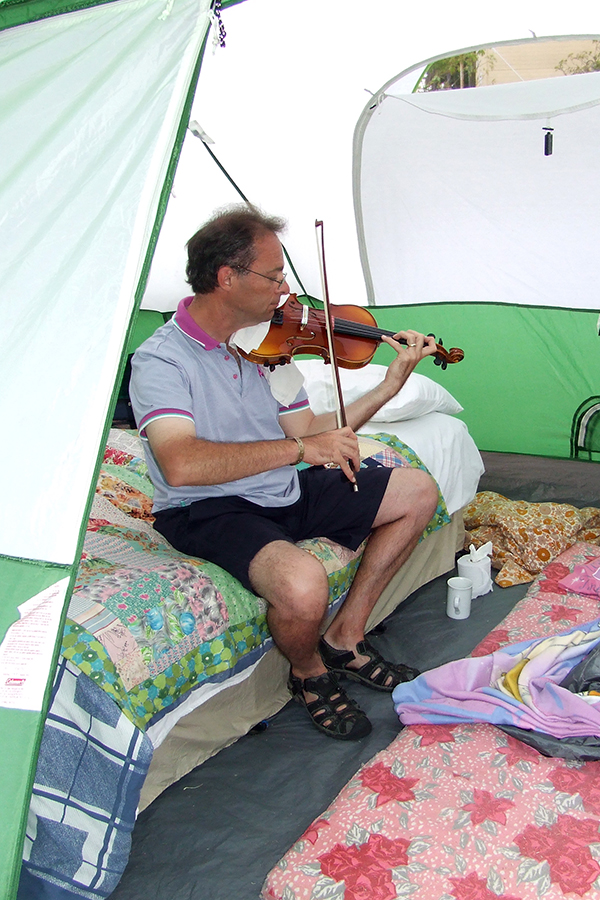 Practising on a veranda in Milan, Italy: 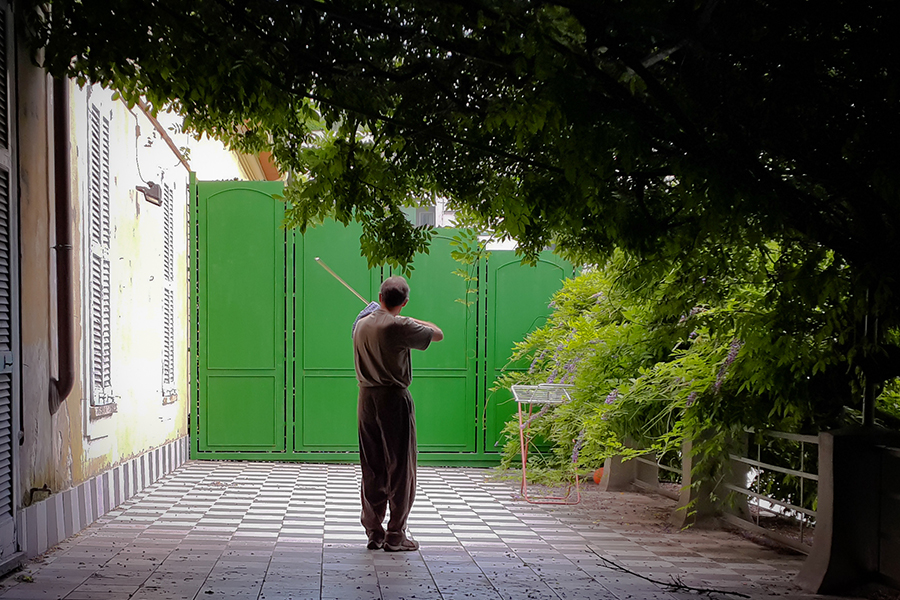 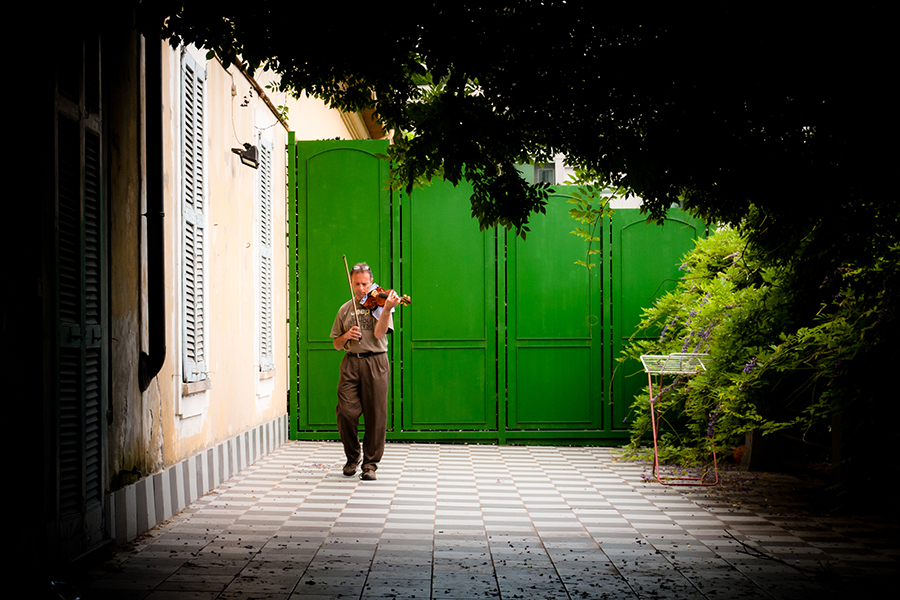 Have you had to practise in an unusual or memorable place at some time? Please leave your comment below.