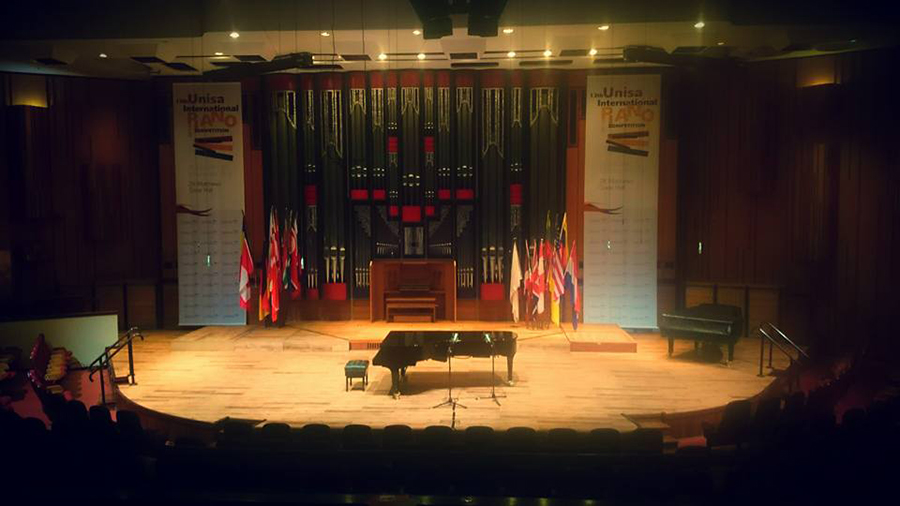 as told to Anri Stenden

Christelle Engelbrecht, a third year piano student at our School of Music, also attended the UNISA International Piano Competition and had some great stories to share from her own experiences:

“For the first time in the history of piano competitions, a jazz competition ran parallel to a Classical competition and I was lucky enough to be there. I really wish that every Conservatory student could have attended and shared in this wonderful experience! We were entertained with fantastic renditions of renowned melodies such as ‘Fly me to the moon’ and ‘In my life’ in the jazz category. And the mere fifteen Classical candidates presented the greatest variety of Classical repertoire imaginable: Ravel’s ‘Gaspard de la nuit’, an entire round of Classical sonatas courtesy of Beethoven, Haydn and Mozart, mixed with Prokofiev, Barber and an arrangement of Strauss’s ‘Fledermaus’.”

“The final round of the jazz category was absolutely exciting! The three finalists were each accompanied by Kevin Gibson (on drums) and Marc Duby (on double bass) in turn. I could also not help but notice how each pianist distinctively communicated with the rhythm section — from intimate movements to cold, ‘handbook-method’ signals and gestures. The jazz category was like nothing I’d experienced before at a music competition — the only word with which to describe it would be, well, crazy! And the winner of the jazz category? It was American Addison Frei (24), a pianist who possessed a ‘smooth’ and traditional jazz style combined with beautiful sound production.”

Christelle also enjoyed sharing her memories of the Classical category, which stood in stark contrast to its jazz counterpart:

“The Classical half of the competition was entirely different and no one could guess who the panel of judges would select for the final rounds, even though the audience had clear favourites. But, in the end, the three finalists included Seom Seung Lee (28, Republic of Korea), Philipp Scheucher (22, Austria), and Daniel Ciobanu (24, Romania) accompanied by the JPO with Daniel Boico as conductor.” 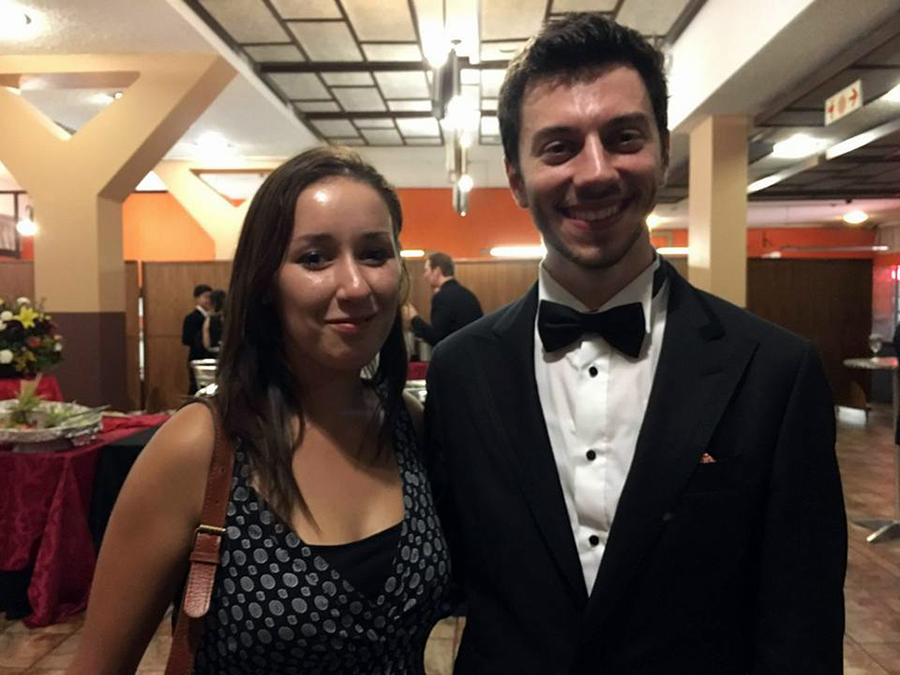 “Lee most certainly sculpted the perfect atmosphere with Schumann’s ‘Concerto in A Major’ whilst, on the other hand, Ciobanu had the audience on the edge of their seats with his interpretation of Rachmaninov’s ‘Paganini Variations’. Alternatively, Scheucher had the audience bouncing off the walls with the emotion and power of Tchaikovsky’s ‘Concerto No. 1 in b-flat minor’.”

Christelle was creative in her description of the Classical final’s winner:

“As in the words of Béla Bartók, ‘Competitions are for horses, not artists.’ The motley crew of ‘Classical racehorses’ really were head to head at the end of every round, with only few running ahead of the rest. Daniel Ciobanu (who at first look seemed like a startled ‘nagapie’ (bushbaby) not capable of playing a single note) transformed into a lion when his hands met the piano. It was only Ciobanu who could win, everyone knew it — and he did! Of the three finalists, Ciobanu had the ‘sound’ — he was inarguably one with his orchestra. His playing was full and rich when needed, but also reserved and withdrawn when the music asked it. Ciobanu won, ‘hands down’!” 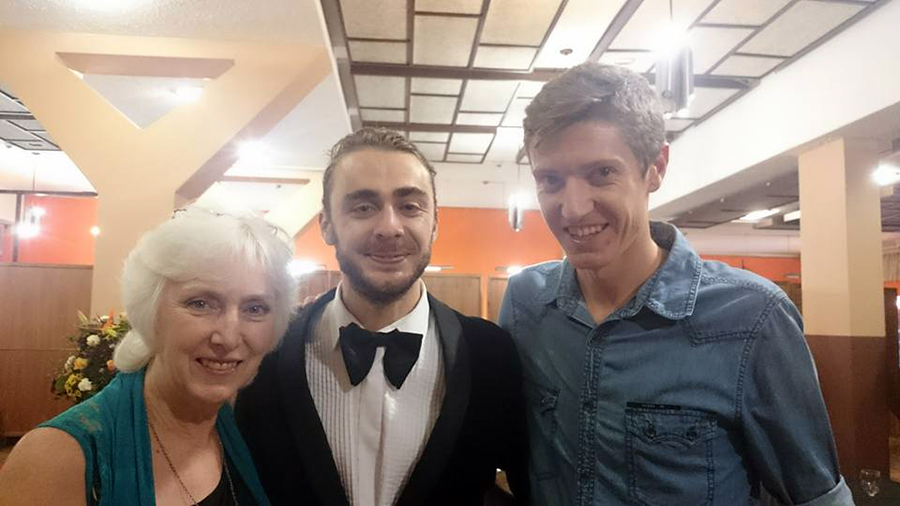 “I was so fortunate to have master-classes with French/Lithuanian pianist Muza Rubackyté who was responsible for adjudicating the competition this year. Concerning hand-positions and the ‘economy of movement’, I received fantastic instruction — to play Bach sitting still and to think more of the accompanying hand when playing Debussy. If there was anything that I learnt during these two weeks, it would be the importance and power of playing softly — the player determines the destination of the melody and when the climax of the piece arrives.” 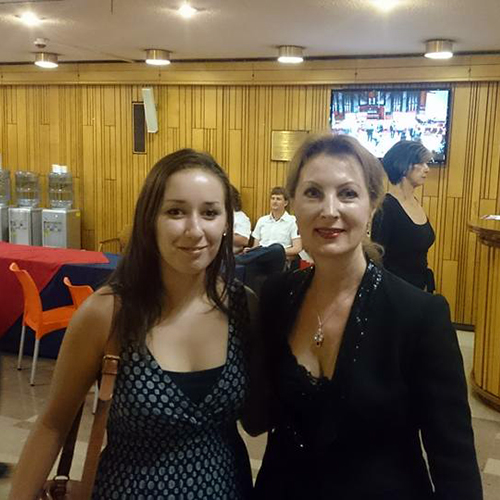 “Brahms also said, ‘Without craftsmanship, inspiration is a mere reed shaken in the wind.’ The UNISA International Piano Competition was an occurrence most certainly full of, quite literally, craftsmanship and inspiration.”