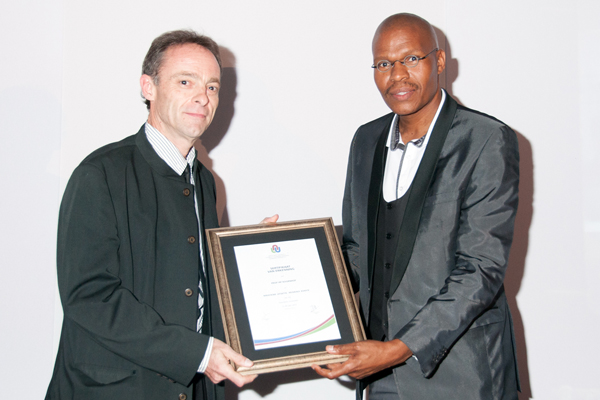 Prof Piet Koornhof, associate professor of violin at the School of Music, recently received his second award for excellence in creative outputs (a so-called ITUKU). It is equivalent to the awards for excellence in teaching and research that are also presented annually by the university.

Prof Koornhof received this award for two CD recordings that were internationally released on the Delos label. The first is a recording of JS Bach’s Trio Sonatas with Raffaele Trevisani (flute) and Paola Girardi (piano) [DE3391]. The second is another collaboration with Raffaele Trevisani where they recorded South African composer Hendrik Hofmeyr’s Double Concerto for Flute, Violin and Strings with the Moscow Chamber Orchestra [DE3399]. This work was commissioned and composed especially for them. For further information and to order copies of these recordings, contact Prof Piet Koornhof at tel. (018) 299-1698 / piet.koornhof@nwu.ac.za or visit his website at www.pietkoornhof.com
Tags: ITUKU, Piet Koornhof