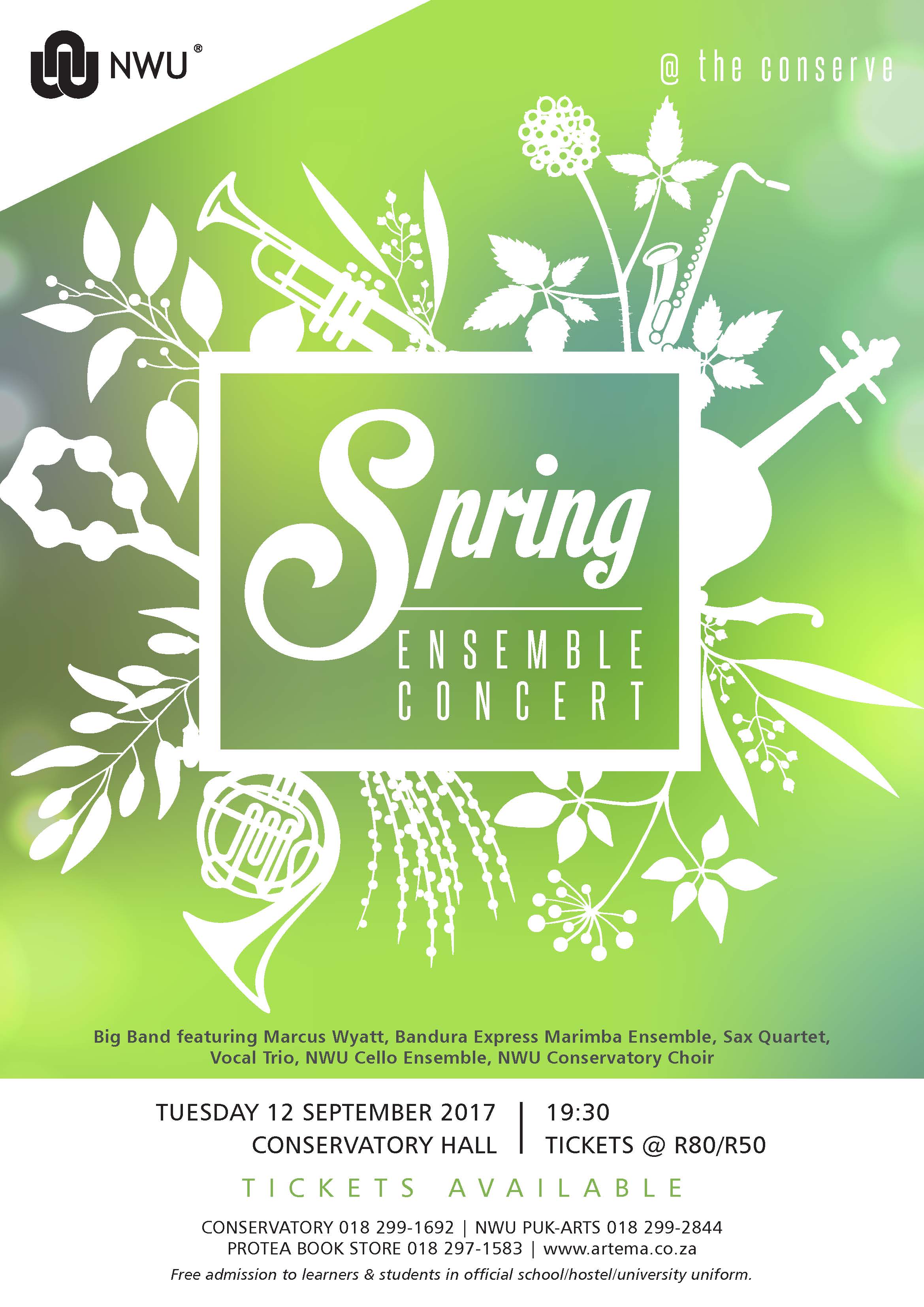 The annual ensemble concert at the NWU School of Music has been a regular fixture on the concert calendar for five years. This year’s performances have been divided between two concerts — the Autumn Ensemble Concert took place in May, and the Spring Ensemble Concert will now be presented on Tuesday 20 September 2016 at 19:30 in the Conservatory Hall.

The Spring Ensemble Concert features the Brass Boys and Brass Quintet under the leadership of Mr Justin Sasman, as well as the String Ensemble coached by Prof Piet Koornhof and the Cello Ensemble with Dr Human Coetzee.

The programme ranges from “Game of Thrones” and “Somewhere over the Rainbow” to the “Pavane for a dead princess” by Maurice Ravel. The Cello Ensemble will also present the first performances of two new compositions.