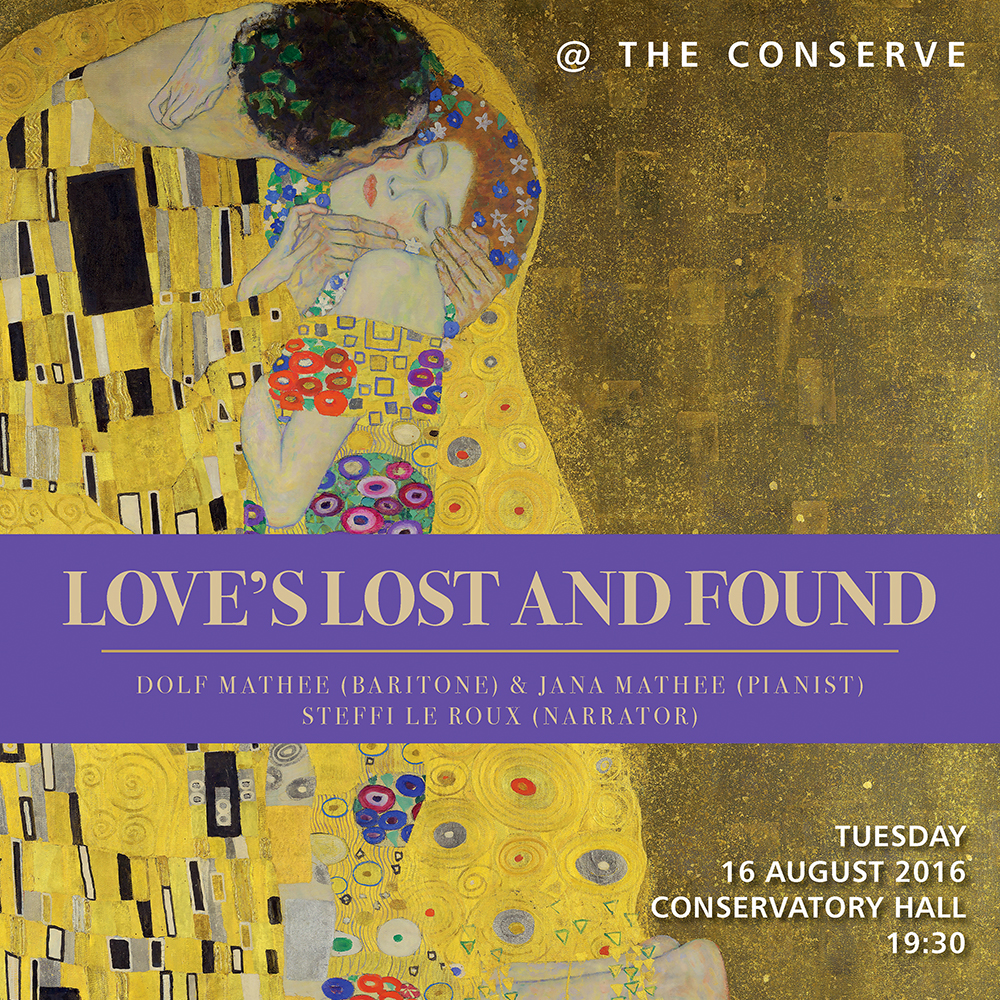 A local couple will explore facets of love in a song recital entitled Love’s Lost and Found on Tuesday 16 August 2016 at 19:30 in the Conservatory Hall.

Dolf Mathee, a baritone and better known in Potchefstroom as a general practitioner, expresses his love and skill for Lieder through the mentoring of Prof Werner Nel. He will be accompanied by his wife, pianist Jana Mathee, who has a keen interest and understanding of the voice and its challenges in performance. Jana and Dolf also met through this common love and became partners in life as well as on stage.

The evening will bring the audience lesser known works that deal with love, but also the loss of love and separation from your one true love. Alexander Zemlinsky who is almost never performed in South Africa, will feature in the first part of the concert with his early works sketching the wonder of newly found love. Schubert’s complete Schwanengesang will be performed in the second half, covering more reminiscent and possibly darker emotions on the topic. Translations of each poem will be narrated by the lovely actress/singer Steffie le Roux.