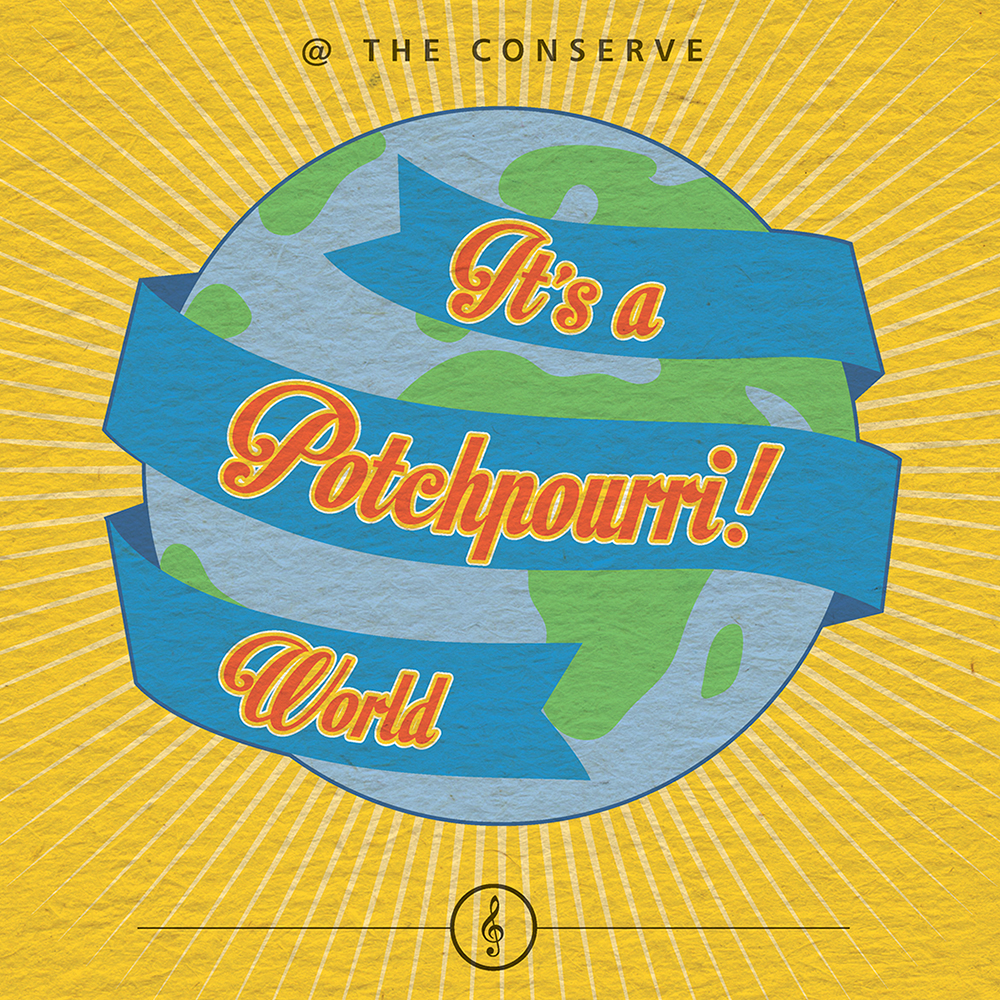 For the 25th year, Potchpourri! opens the annual concert series at the Conservatory in Potchefstroom. Staff and students of the NWU School of Music, with the collaboration of a few guest artists, have compiled a varied and exciting programme which contains hummable melodies, toe-tapping rhythms, and a large helping of humour.

There will be performances by the Bandura Express Marimba Ensemble; the Brass Quintet; the Potch Trio; a flute & jazz trio; a Beatbox Flute (?); female vocalists Tammy Aslett, Jana Mathee, Rineke Viljoen, and Marilize Hattingh; and the newly-established Big Band.

PDQ Bach is synonymous with Potchpourri!, with many of his so-called “compositions” being performed over the years. The Sonata Innamorata, written specifically for the purposes of seduction, will be performed by two pianists sitting close together at one piano …

For the past few years, Potchpourri! has been social media friendly, and the audience is encouraged to share their thoughts, opinions and photos on Facebook, Twitter (#potchpourri) and other channels in real-time during the course of the concert. It is also the only concert in the series that boasts a Master of Ceremonies, who can’t wait to burst into song himself!

A short video feature of 2013’s Potchpourri! concert can be viewed on YouTube and gives a good indication of the kind of programme that the audience can expect.