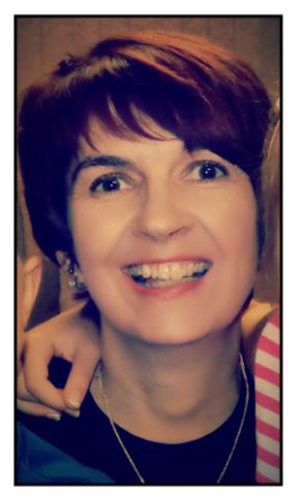 Qualifications completed at the NWU / PU for CHE:
BMus, HED.

Notable professional achievements:
My “Magnificat” composition was performed in Austria in December 2013. I was invited to see this performance with orchestra, choir and soloists in a cathedral. I cried through the first half! A BIG MOMENT in my life! 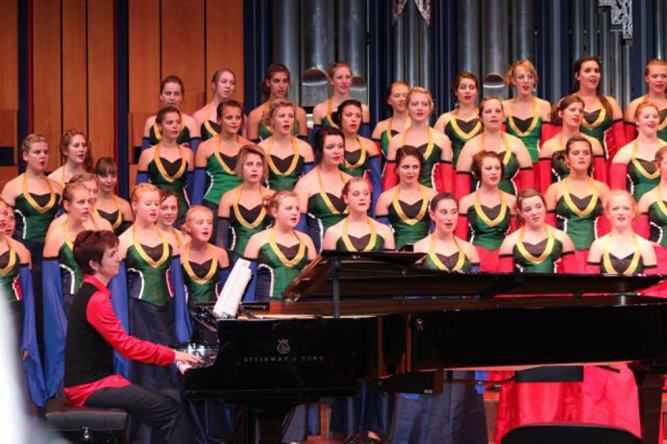 Which personal music experiences are most memorable to you?
• Singing and touring with the PUK KOOR!
• Attending a Summer School for Church Organists (1992) with my dear friend and fellow classmate, Marinda Snyman (who sadly passed away in 2014), in Oundle, England. We met some of the best organists in the world like Simon Preston. We heard him play in the King’s College Cathedral in Cambridge and we met John Rutter.
• The premieres of THREE of my choir and orchestral works in the Voortrekker Monument 3 years in a row. In 2007 Requiem for the Victims of Violence and Crime in South Africa, 2008 – Gloria, and 2009 – Magnificat.
• Accompanist of Hoërskool Jeugland Girls Choir at the Choir Olympics in Graz, Austria in 2008.
• Accompanist of Hoërskool Jeugland Girls Choir and Boys Choir at the Musica Sacra Choir Competition in Rome. We won both our categories and the Girls Choir sang one of my compositions (2011).
• Accompanist of Hoërskool Jeugland Girls Choir and Boys Choir at the 6th International Choir Competition in Bratislava, Slovakia 2014. 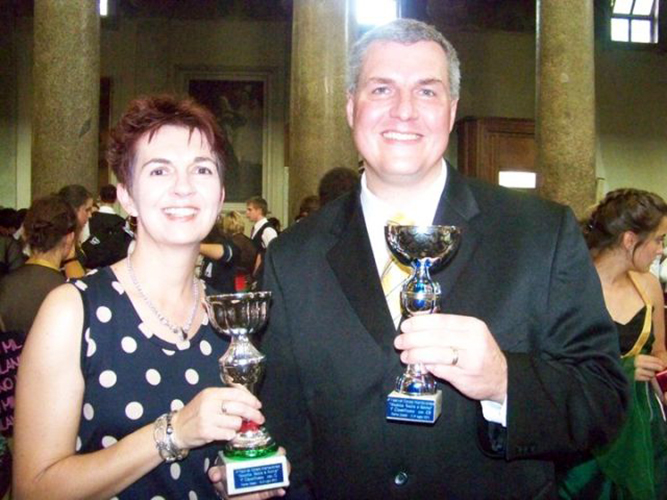 Winning our categories at the Musica Sacra Choir Competition in Rome. Richter Grimbeek was the conductor.

Top 5 must-read books:
1. Any books by Paulo Coelho
2. The Cellist of Sarajevo by Steven Galloway
3. Broken Music by Sting
4. 21 ways to finding peace and happiness by Joyce Meyer
5. My lucky stars by Shirley Maclaine

Favourite quote(s):
“Happiness is an inside job.”

Which television show(s) can you watch over and over again?
Boston Legal, Suits, Grey’s Anatomy, 24.

How do you relax?
Visits with friends & family / Watching movies. 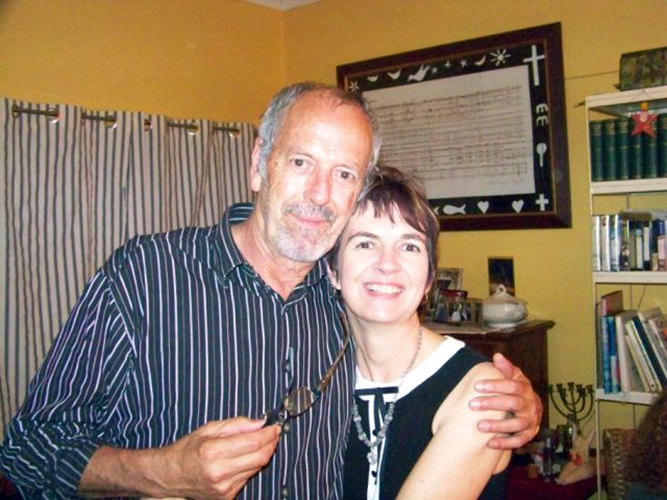 With one of my biggest mentors in Music Pedagogy and Choir Directing and a dear friend, Prof Awie van Wyk.

Which places would you still like to visit?
New York, Greece, Spain, any island.

What are your funniest / fondest memories of your time at the Conservatory?
We were a great group of 24 music students. All had a sense of humour and we had a lot of fun in classes. In my 2nd year, two of our classmates climbed through the window in our class which was on the 1st floor. It was a small little ledge they stood on. As they climbed through, my fellow classmate, Rudolf de Beer, closed the window. Our lecturer came in and halfway through the class Rudolf announced: “They are here!” and opened the window! The two girls were not amused and we thought it was so funny. Class ended.

Tags: BMus, Knowing Me Knowing You