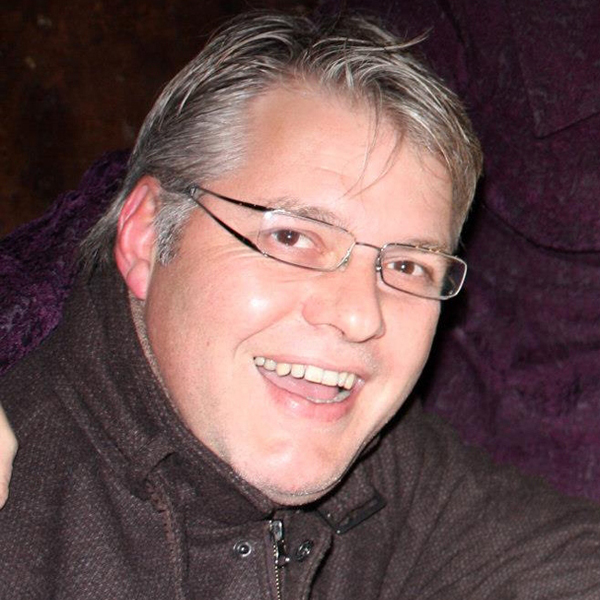 Qualifications completed at the NWU / PU for CHE:
BMus

Which personal music experiences are most memorable to you?
• Singing in the PACT opera chorus in performances of Ein Deutsches Requiem (Brahms) and the Johannes-Passion (Bach) under the baton of Gerard Korsten.
• Singing the Hymn to St Cecilia (Britten) whilst a member of the PUK Choir under Awie van Wyk in 1987.
• Preparing the chorus as well as doing back-stage conducting for various opera productions (for PACT, Black Tie Ensemble and Pro Musica Opera), but particularly the 2001 seasons of Verdi’s Rigoletto & Un ballo in maschera for Pro Musica Opera in the Johannesburg Civic Theatre & The State Theatre in Pretoria.
• Working as accompanist with some of South Africa’s most notable singers: Hanli Stapela, Antoinette Olivier, Stefan Louw, Sibongile Khumalo, Jannie Moolman, Magdalene Minnaar, Minette du Toit-Pearce, etc. — especially with Elizabeth Lombard in performances of Schubert’s Winterreise in 2003 and the Brahms Vier Ernste Gesänge in 2013.
• Conducting many concerts of the Port Elizabeth Oratorio Choir, most notably the Rossini Petite messe solennelle with soloists Hanli Stapela, Elizabeth Lombard, Stefan Louw and Otto Maidi in 2009.

Top 5 must-read books:
1. The Picture of Dorian Gray by Oscar Wilde
2. 1984 by George Orwell
3. Waiting for the Barbarians by JM Coetzee
4. A Tale of Two Cities by Charles Dickens
5. Jerusalemgangers by Antjie Krog

Favourite quote(s):
• “Everything will be alright in the end. If it’s not alright, then it is not yet the end.” — Patel in The Best Exotic Marigold Hotel
• “If music be the food of love, play on … he did not say on what, but I think it is a marvelous idea.” — Anna Russell
• “Even if you’re on the right track, you’ll get run over if you just sit there …” — Will Rogers

Which television show(s) can you watch over and over again?
Keeping Up Appearances … Hyacinth just gets funnier and funnier every time!

Favourite drink(s):
A good single malt or a fabulous Shiraz … but for everyday stress relief nothing beats a double Bombay Sapphire & Tonic!

How do you relax?
Good friends, good food, good wine …

Which places would you still like to visit?
So many places, so little time — would love to spend more time in Venice, Vienna, Paris, Berlin, Rome, Zurich, New York, Moscow, etc. etc. etc.

What are your funniest / fondest memories of your time at the Conservatory?
• Juf. Martha van Rooy (music librarian from 1963-1994).
• Our dysfunctional music appreciation group, “Allegro Barbaro”.
• Also, the day I attempted to take on Prof Korie Koornhof about his habit to address our entire class as “juffrouens” even though we were three gentlemen present. He looked puzzled for a second and then proceeded: “Juffrouens, ek het ‘n probleem …”