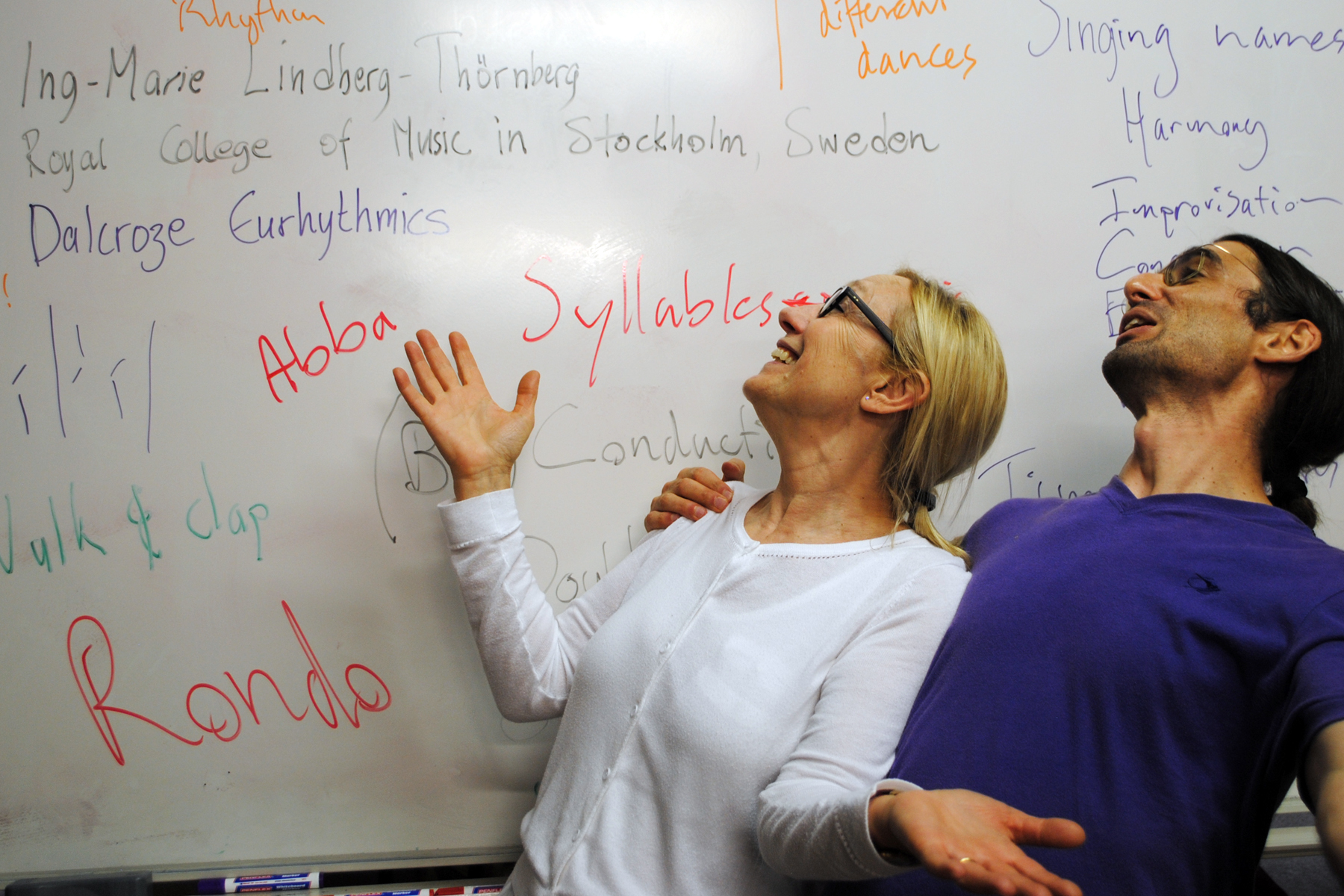 Ms Ing-Marie Lindberg-Thörnberg from the Royal College of Music in Stockholm, Sweden is currently a visiting lecturer at the NWU School of Music for the month of March as part of the Linneaus-Palme exchange programme. She is an expert in the Dalcroze approach to music education and will teach in all the undergraduate music programmes.

Ms Lindberg-Thörnberg studied the Dalcroze method as a student of Ebba Burton, Dagmar Wide-Unterkircher, Heléne Söderberg and Hjördis Lundén who were all pupils of Emile Jacques Dalcroze, and also with Ulla Helqvist who played an important role in establishing Dalcroze teaching at the Royal College of Music in Stockholm. Ing-Marie has taught as a Dalcroze Eurhythmics teacher for almost four decades. She is now the coordinator of Eurhythmics at the Royal College of Music where she has been teaching since the early 1980s. 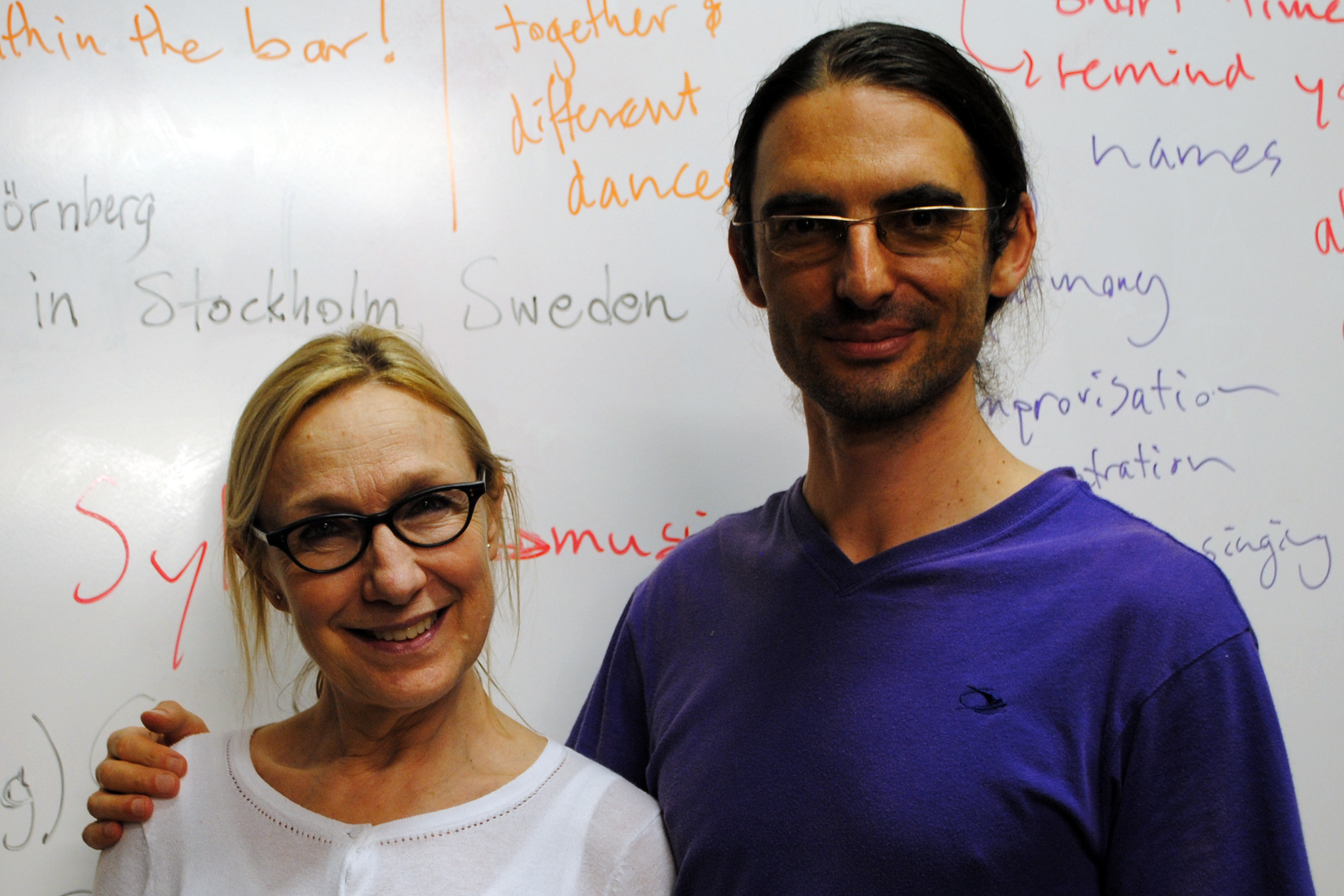 Ing-Marie Lindberg-Thörnberg with Prof Hannes Taljaard, coordinator of the Linnaeus-Palme exchange programme at the NWU School of Music.

Ing-Marie and her family have formed deep connections with South Africa, also through her involvement in an eight-year Linneaus-Palme exchange project with the South African College of Music at the University of Cape Town.