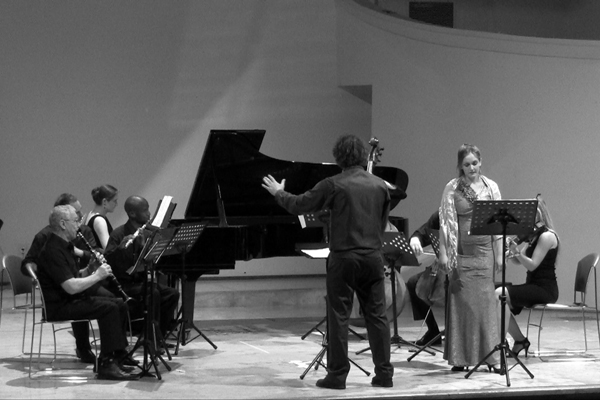 The New Music Ensemble had the opportunity to perform for a dedicated audience of contemporary art music composers, performers, specialists and enthusiasts. Their closing concert on Sunday 13 October 2013 was well-received and included compositions by Luciano Berio, Kaija Saariaho and Au Arias (conductor of the New Music Ensemble and a Masters student in composition at the School of Music). A solo piano piece by Armand Moolman, a 3rd year BMus student, was also performed for the first time. In addition, the ensemble had the privilege to collaborate with the South African New Music Ensemble in a performance of the famous In C by Terry Riley.

The ensemble is planning some exciting concerts for 2014, including a theatrical performance of L’Histoire du Soldat (The Soldier’s Tale) by Igor Stravinsky, and the melodrama Pierrot Lunaire by Arnold Schoenberg. For further information regarding their performances and recordings, please visit their Facebook page.